Introducing a new set of functions able to deal with the common µ-k parametrization of the Negative Binomial distribution for count data.

Count outcome variables are sometimes log-transformed and analyzed using OLS regression. Many issues arise with this approach, including loss of data due to undefined values generated by taking the log of zero (which is undefined), as well as the lack of capacity to model the dispersion.

Matlab provides some functions to experiments with Negative Binomial Distribution.

Problem is that, for this parcticular family of distribution, you can find different kind of parametrization. According to the problem you are trying to solve or reproduce, one parametrization can me better than another.

For a general idea of what I mean by different parametrization, you can have a look at the Wikipedia page related to NB distribution, at https://en.m.wikipedia.org/wiki/Negative_binomial_distribution#Alternative_formulations.

To deal with this version of negative binomial distribution, the Statistics and Machine Learning Toolbox provide the following set of functions:

The “ecological” parameterization of the negative binomial replaces the parameters p (probability of success per trial) and n (number of successes before you stop counting failures) with µ = n(1−p)/p, the mean number of failures expected (or of counts in a sample), and k, which is typically called an overdispersion parameter.

Confusingly, k is sometimes called size, because it is mathematically equivalent to n in the failure-process parameterization.

While available in R, this kind of parametrization is not provided by Matlab most standard libraries, so this repo is about adding them so that you can have a choice of the best version of NB distribution you want to use.

In detail, the new versions of the Matlab files you can find here are the following: 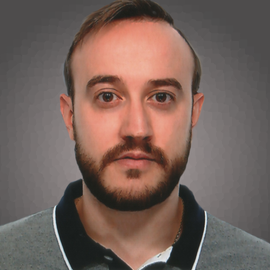